Took a trip to the nation of art, pizza and wine with my best mates this summer. As one might come to expect, they were all indeed of the highest order, with some of the tastiest eats I’ve ever experienced coming during this excursion. The €3 pizza from Pizzeria Di Matteo in Naples was the pizza I’d always dreamed of eating, and not a day goes by when I don’t think about it.

We started the trip in Milan. Not really expecting much, as we knew that Milan had a reputation for being quite westernised and ‘mainstream’, the Duomo, of course, stood out as a feat of classical architecture. It rises from the ground like an alien monolith, its pillars sharply cutting into the deep blue sky, and leaves a real lasting impression, especially when approached from the tube station below. As is the custom in Italy during August, many of the resident restaurant and bar owners leave for their holidays to get out of the roasting hot cities, which conjured some interesting tussles with Google Maps (turning up at somewhere which claimed to open, and finding that it was very much closed). After a few nights of cards and red wine, we were very much finished with Milan. 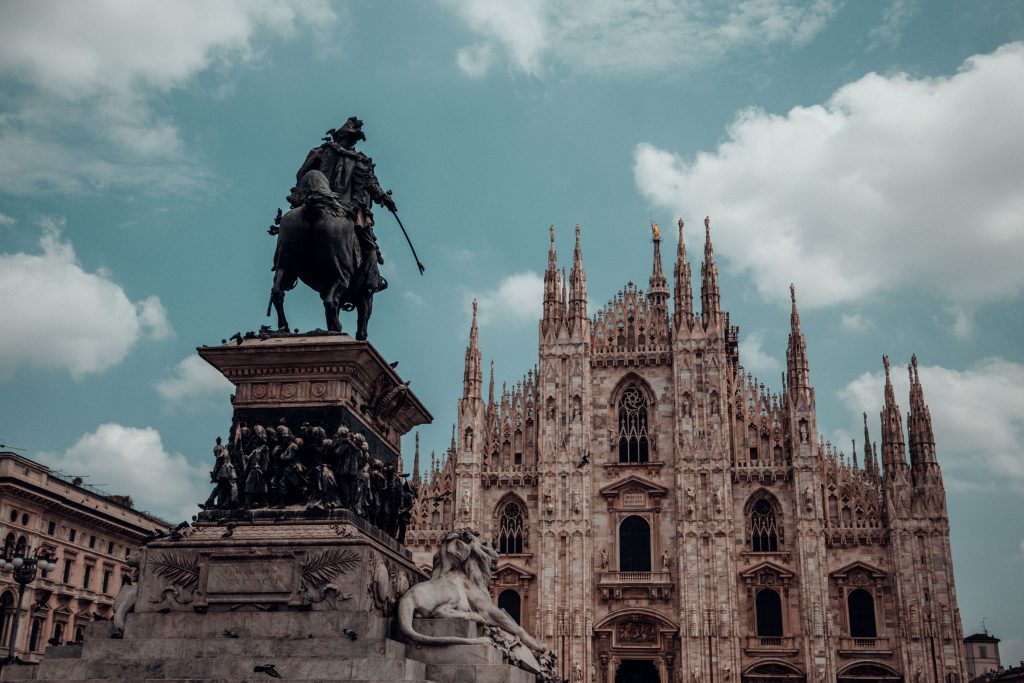 Florence was magnificent. A jewel of a city. I’d visited before on a family holiday, but we had only done a day trip. This is where I had really missed the magic of the place, as the city takes on a different quality at night. It’s skyline unchanged since the Renaissance, the sun wrapped the beauty of the many landmark buildings in an Elysian light that seemed almost dreamlike. One could sit and look at the Santa Maria Novella all evening and you wouldn’t get close to being bored. The excitement of my friends, who like me had enjoyed Assassins Creed 2 many years ago, as they too saw that it really hasn’t changed at all for hundreds of years was a real treat. The food again was delightful (the gelato too) and we polished off many more bottles of wine before we had to leave for Rome. 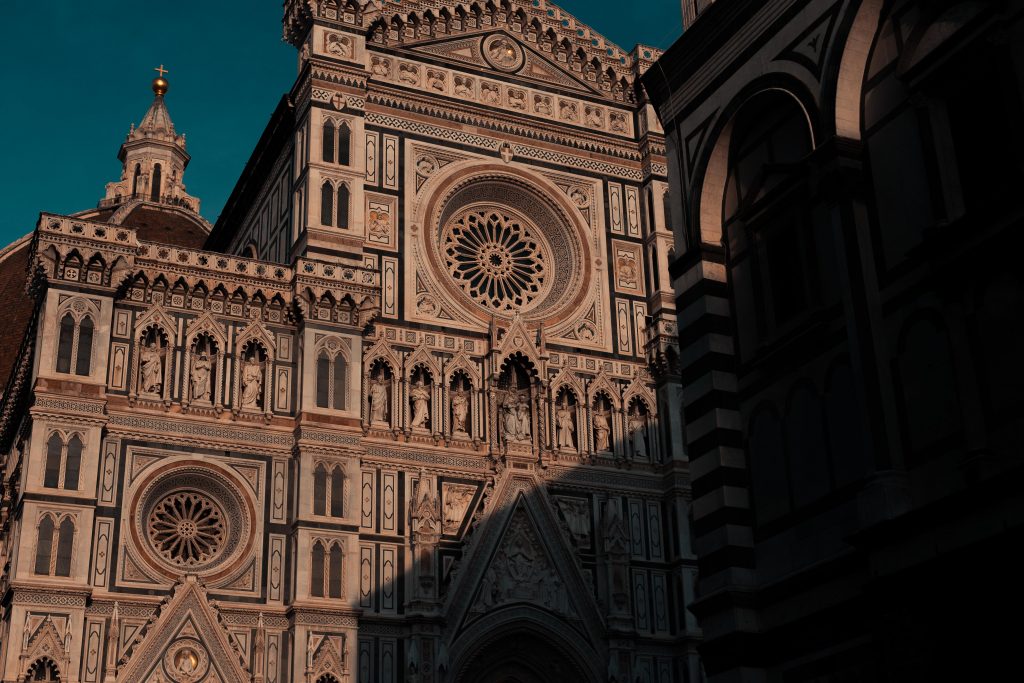 Rome is a big place. Each district has its own distinct feel and style, with our residency being situated on the outskirts of the city. Using the Roma Pass (highly recommend) we got free travel on all major types of transportation and discounted entry to the first few key landmarks we visited, as well as a queue jump. This allowed us to dodge the throngs of people attending the various notorious Roman sites and allowed us to fit more in. Despite this, I feel like there was more of Rome that we could have seen, maybe spending a month there would uncover more of its mysteries. We finished our time off in an abandoned railway club (Ex Dogana for those interested) with some ruthless techno. As is often the way, as the plan was created haphazardly to go out, this was the highlight of our time in Roma. 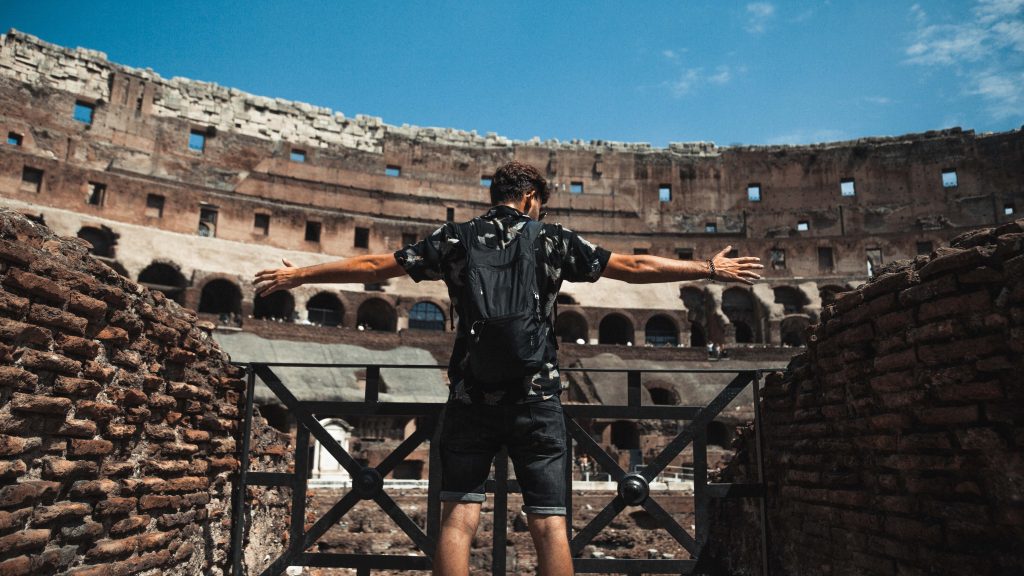 Are you not entertained?

The Amalfi Coast. I will return to your idyllic shores. A gorgeous place with quaint little towns and villages each with their own charm, cuisine and sights. If only it wasn’t so busy (then again we visited in peak summer) this would have been perfect. The beaches are tiny, again this wouldn’t have been as much of a problem had their been fewer people, but the water is so blue you can forgive the minimal sand. Seafood overlooking the Tyrrhenian sea is unlikely to be topped as an eating out experience. The people were also at their friendliest here, with our hosts and local village people making us feel incredibly welcome.

Naples surprised us all. With all the horror stories and mafia tales of crime and violence, we were apprehensive going into our last stop. Alas, the grit and determination we saw around us made the place feel alive and exciting. The food was excellent, as I mentioned before, and the city as whole left us feeling full of energy. We used our Naples as a base while we visited the archaeological sites of Pompeii and Herculaneum, taking the sweltering little train out to the ruins. Anyone who is remotely interested in the Roman Empire and their means of living must visit these two places, as must have been said hundreds of times. They offer a level of insight to such a different way of living, that is really unprecedented. The skeletons in Herculaneum stop you in your tracks, and you revel in the power of nature and the destructive force of Vesuvius. 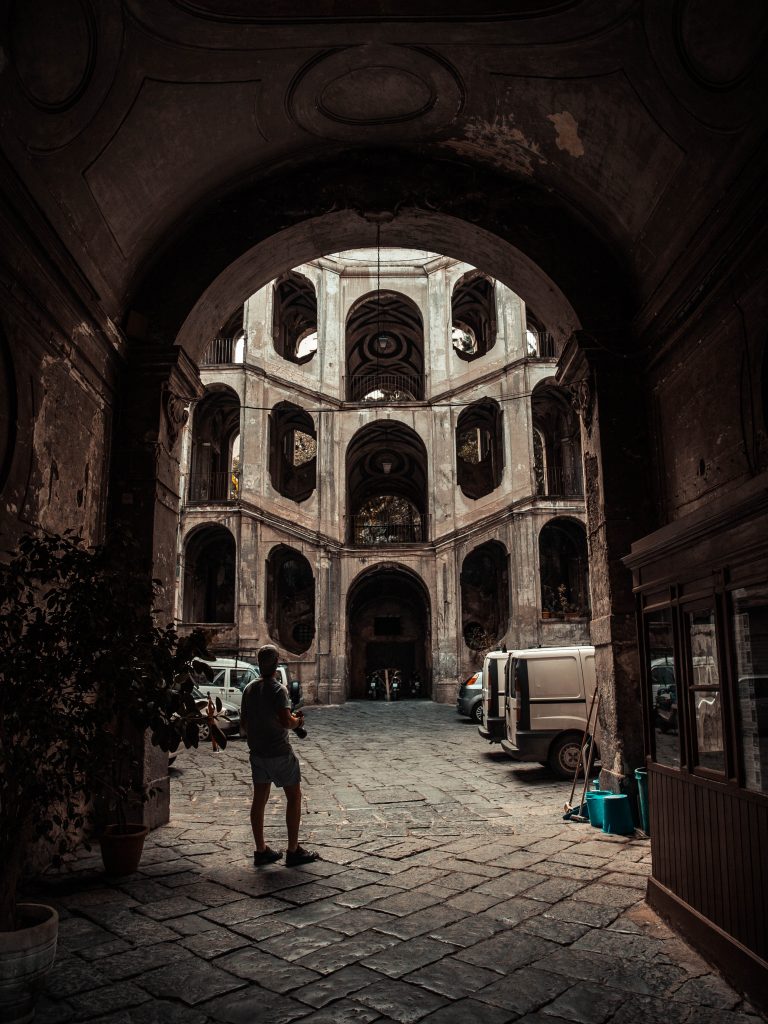 On our last night, we watched Napoli come back from 2 goals down to beat AC Milan 3-2. We sat with the ultras, and it was the most ridiculous football going experience I’ve ever had. It signed the trip off nicely and left my appetite for Italy still very much intact.

I finish this post with a speech from an Italian film La Grande Bellezza (The Great Beauty in English), because it moved me, and being set in Rome is appropriate to be quoted here (and less trite than me just quoting Gladiator again, love you Maximus). Of course, I also made a film (see above) and took some pictures, see here.

This is how it always ends. With death. But first there was life. Hidden beneath the blah, blah, blah. It's all settled beneath the chitter chatter and the noise. Silence and sentiment. Emotion and fear. The haggard, inconstant flashes of beauty. And then the wretched squalor and miserable humanity. All buried under the cover of the embarrassment of being in the world, blah, blah, blah... Beyond there is what lies beyond. I don't deal with what lies beyond. Therefore... let this novel begin. After all... it's just a trick. Yes, it's just a trick.